Initialize Board / New Board Replacement 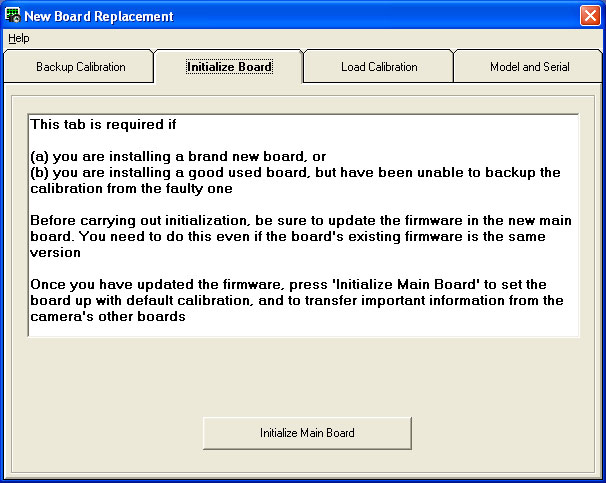 Part of SPT software initialization is to set up the encryption correctly and import the relevant data from the other boards .. just initialize it in 5 minutes and make a healthy profit. Before we had this module, it was a return to mfr. for sure.

This feature is used for two functions:

"All adjustments (shutter, AF, exposure) were ok even though the data came from a donor camera." United Camera

1.     You must update the firmware in the new Main PCB FIRST!  Even if the board’s existing firmware is the same version.   The camera will read the firmware upgrade from the card even through it will not read or write pic files.

2.     After you update the firmware click ‘Initialize Main Board’.

Link back to:  Shopping Cart

Ranked daily by the Better Business Bureau.  ‘Click’ on the BBB logo for their report!

Your assurance that you are dealing with an Ethical Business.  Rated A+ since 2001!